The Saturday just gone, the 27th of June, was the yearly Round The Island Race organised by the Island Sailing Club around the Isle of Wight. It is one of the biggest sailing spectacles in the world with over 1500 individual boats competing, each with an average of 8 crew aboard! 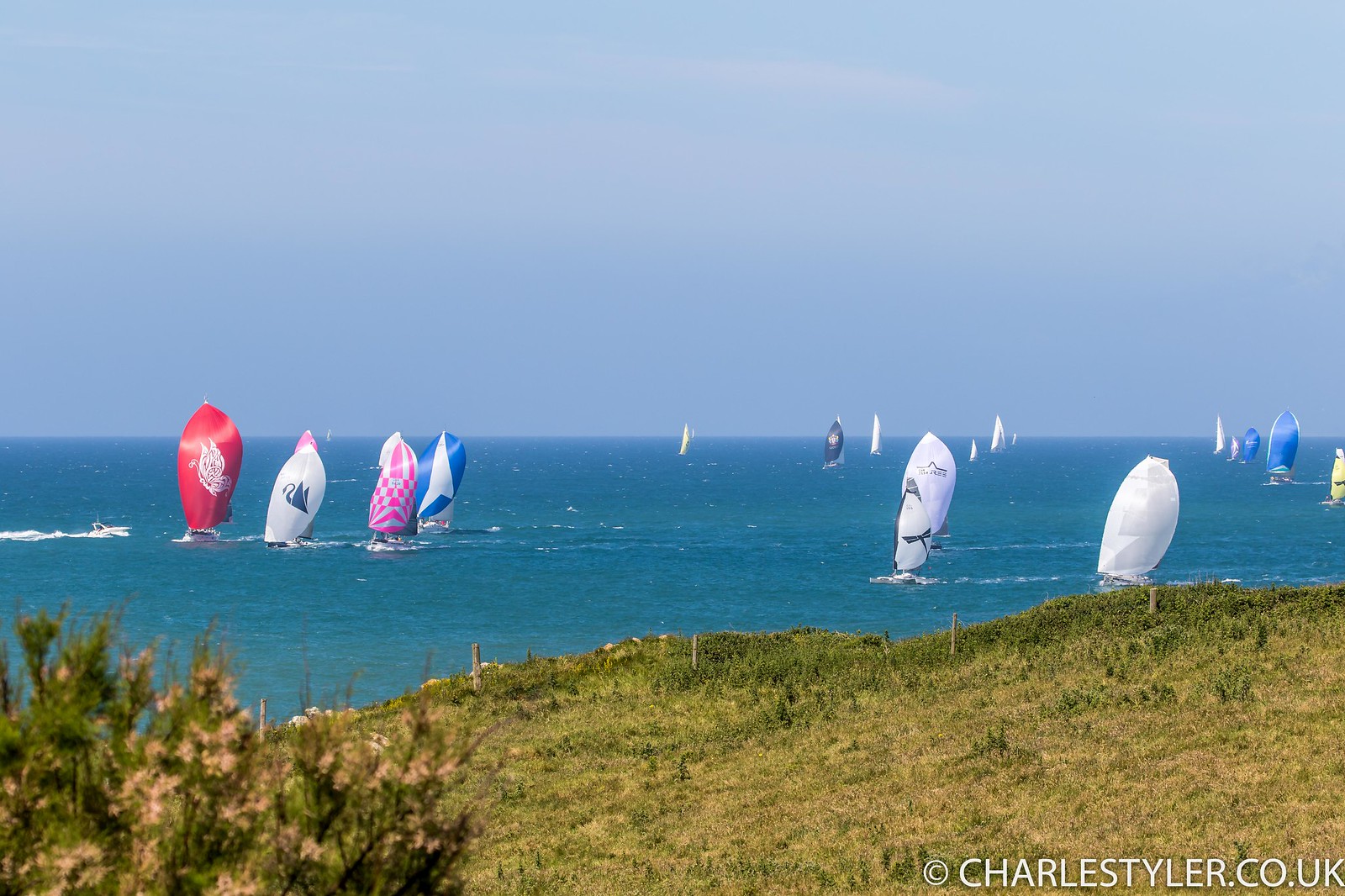 Featured Image, Spinnakers filled along the back of the Island.

I was fortunate enough to be racing in the event aboard Panther 43X, a brand new Grand Soleil 43, which I will be releasing a video of later this week. However a good friend of mine Malcolm Bates was at St Catherine’s Point taking photos of the fleet as it passed by and has kindly put together a guest post of his favourite shots from the day! 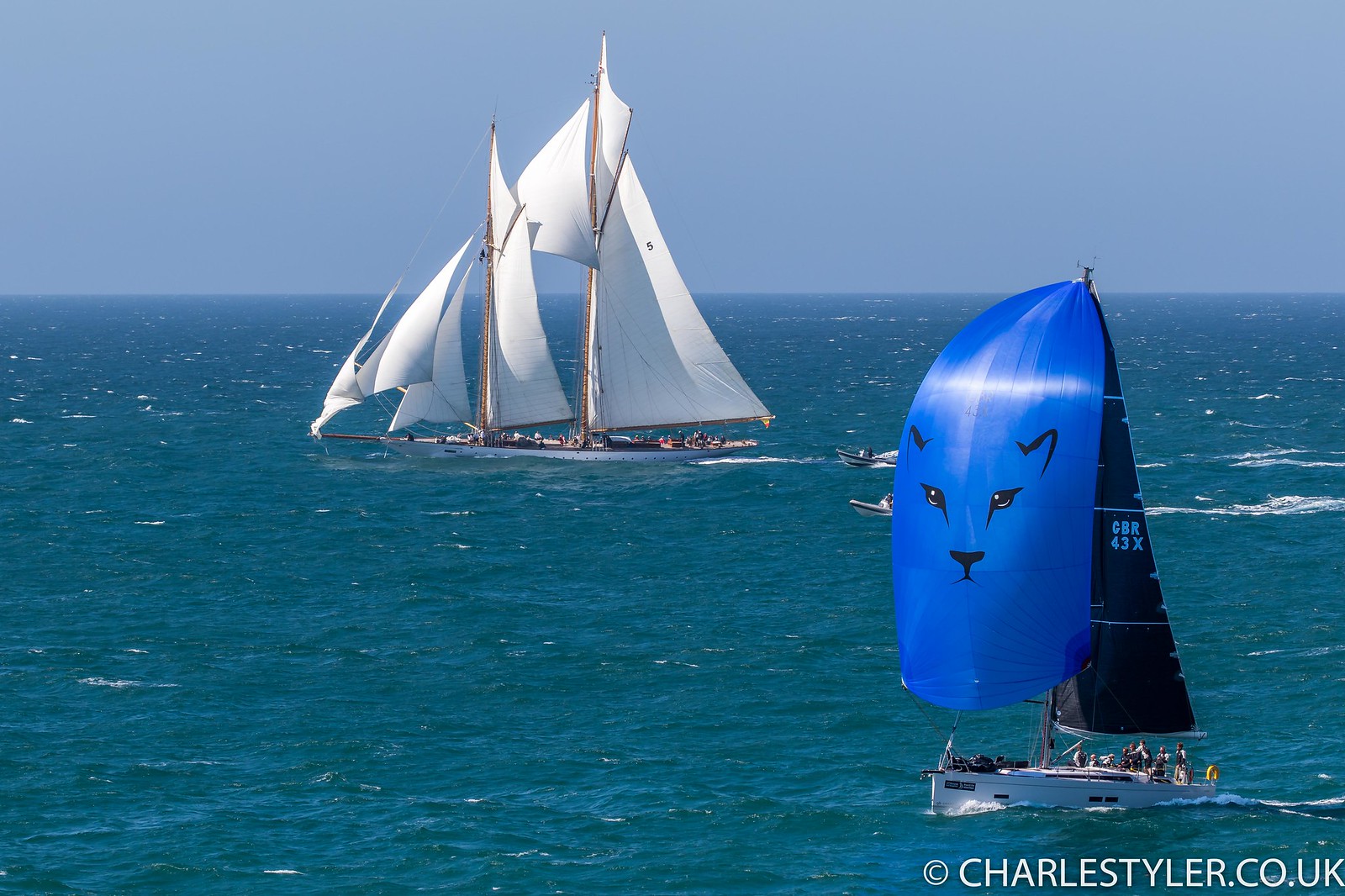 Panther 43X with Eleonora 5 in the background, an incredible shot I think you would agree. 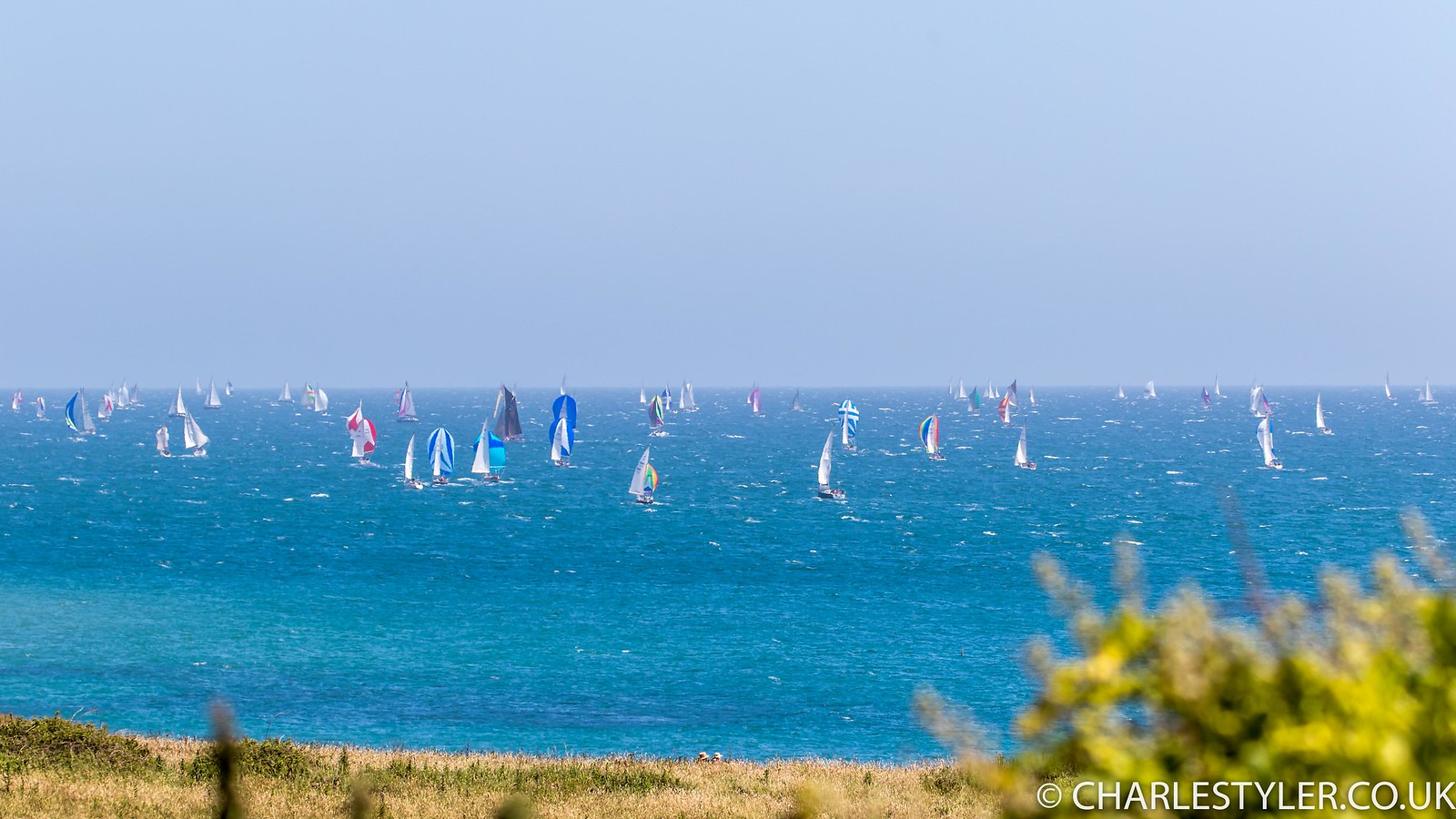 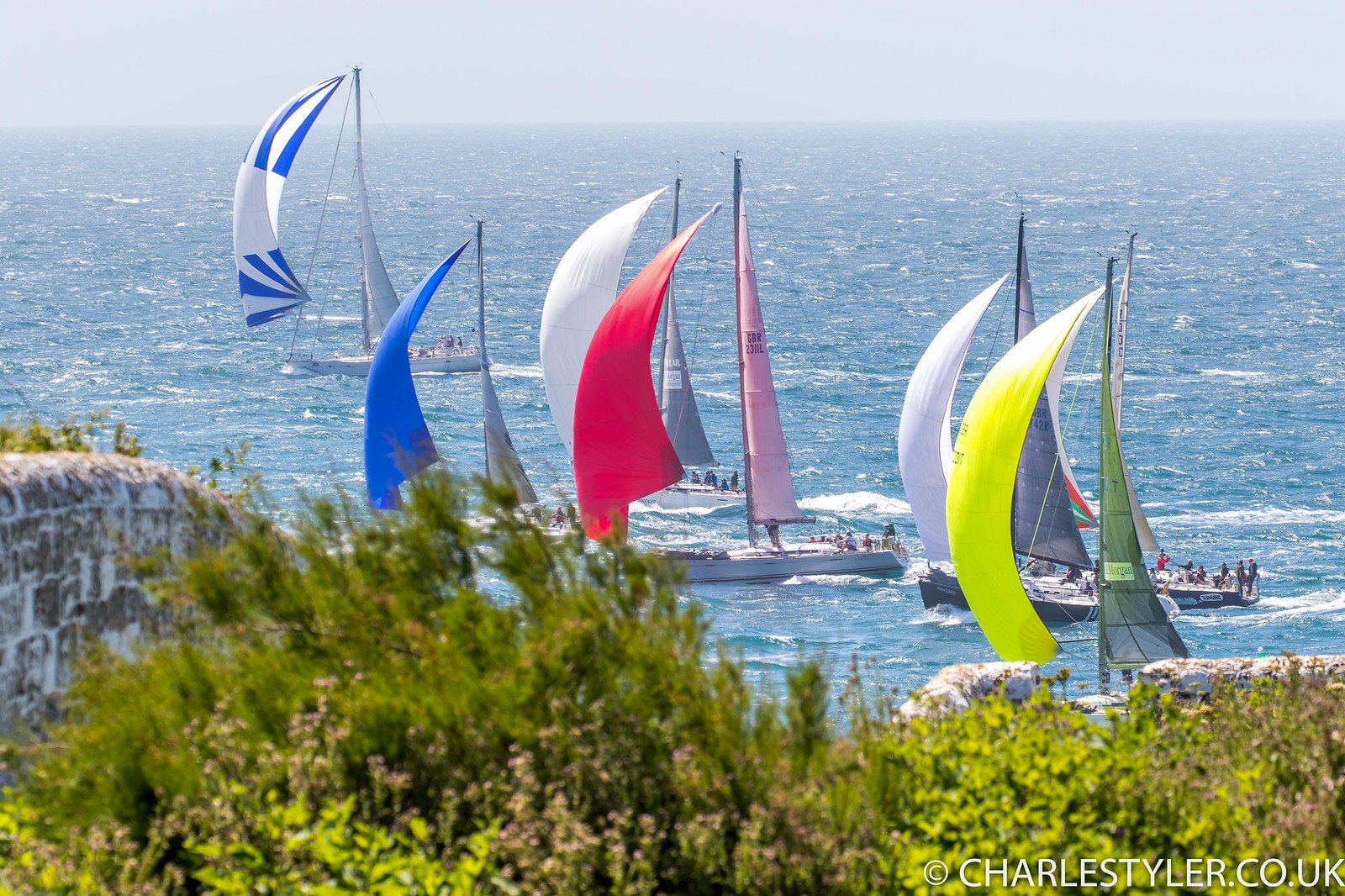 Passing Close, St Cat’s is a fantastic view point for this race. 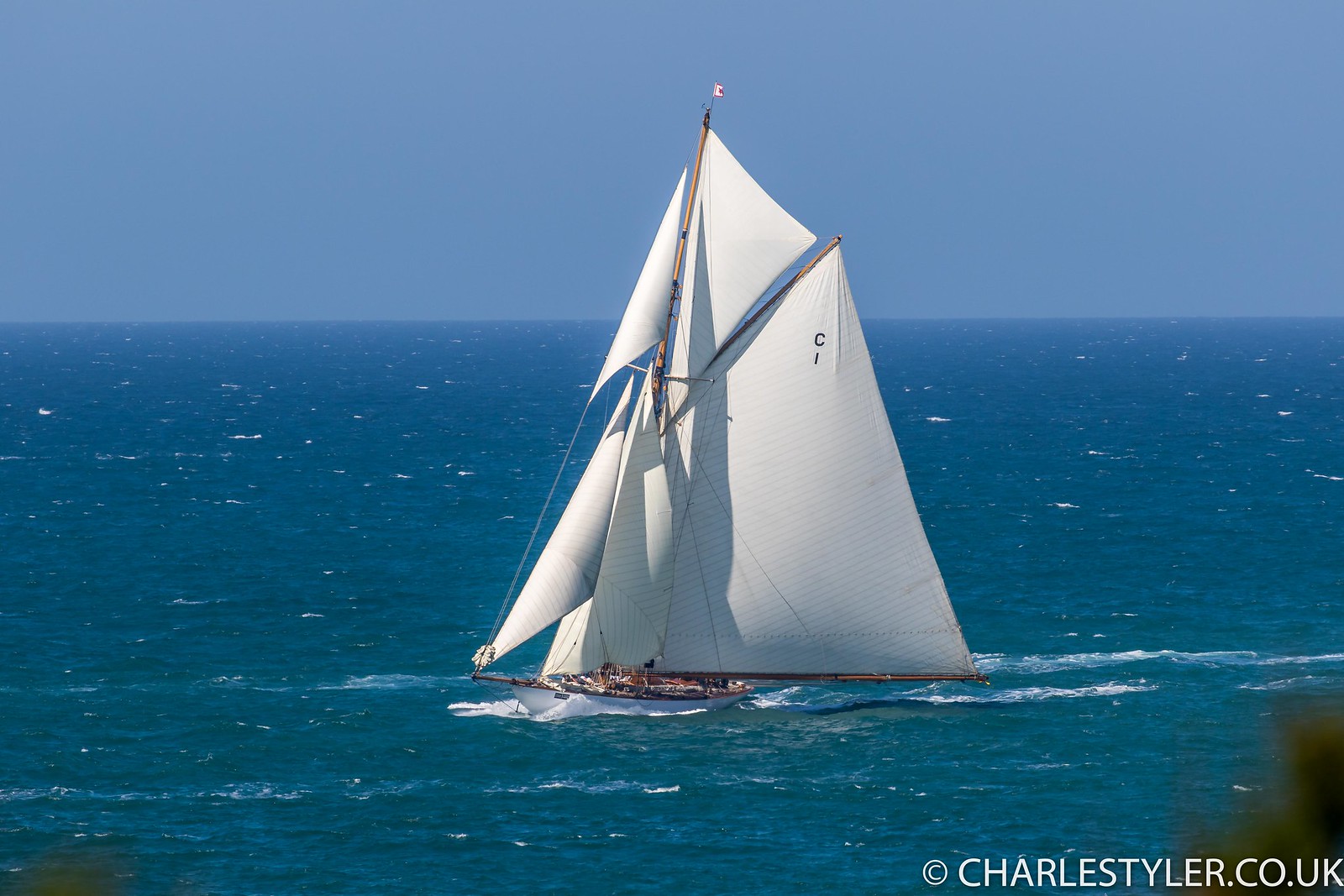 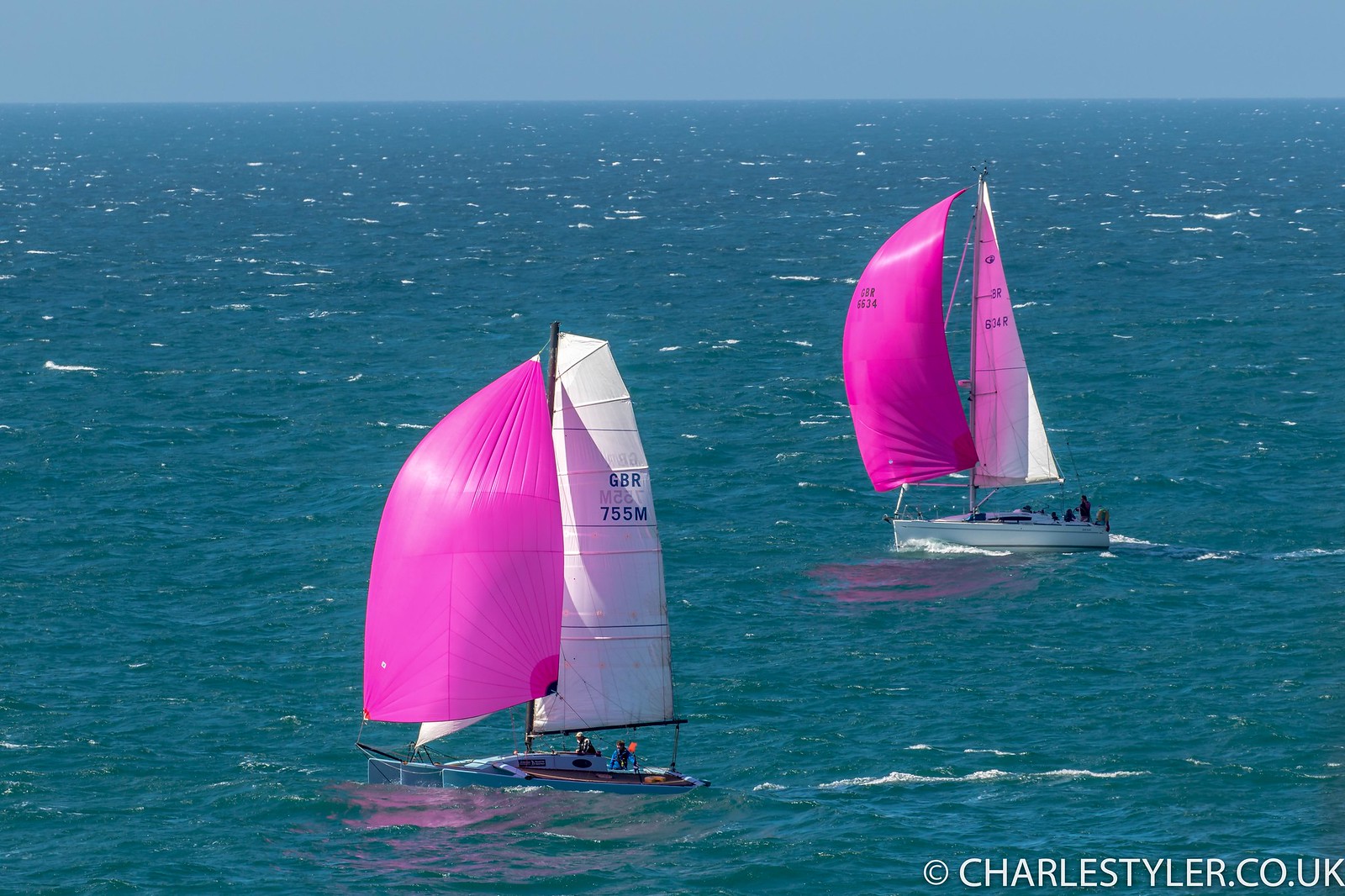 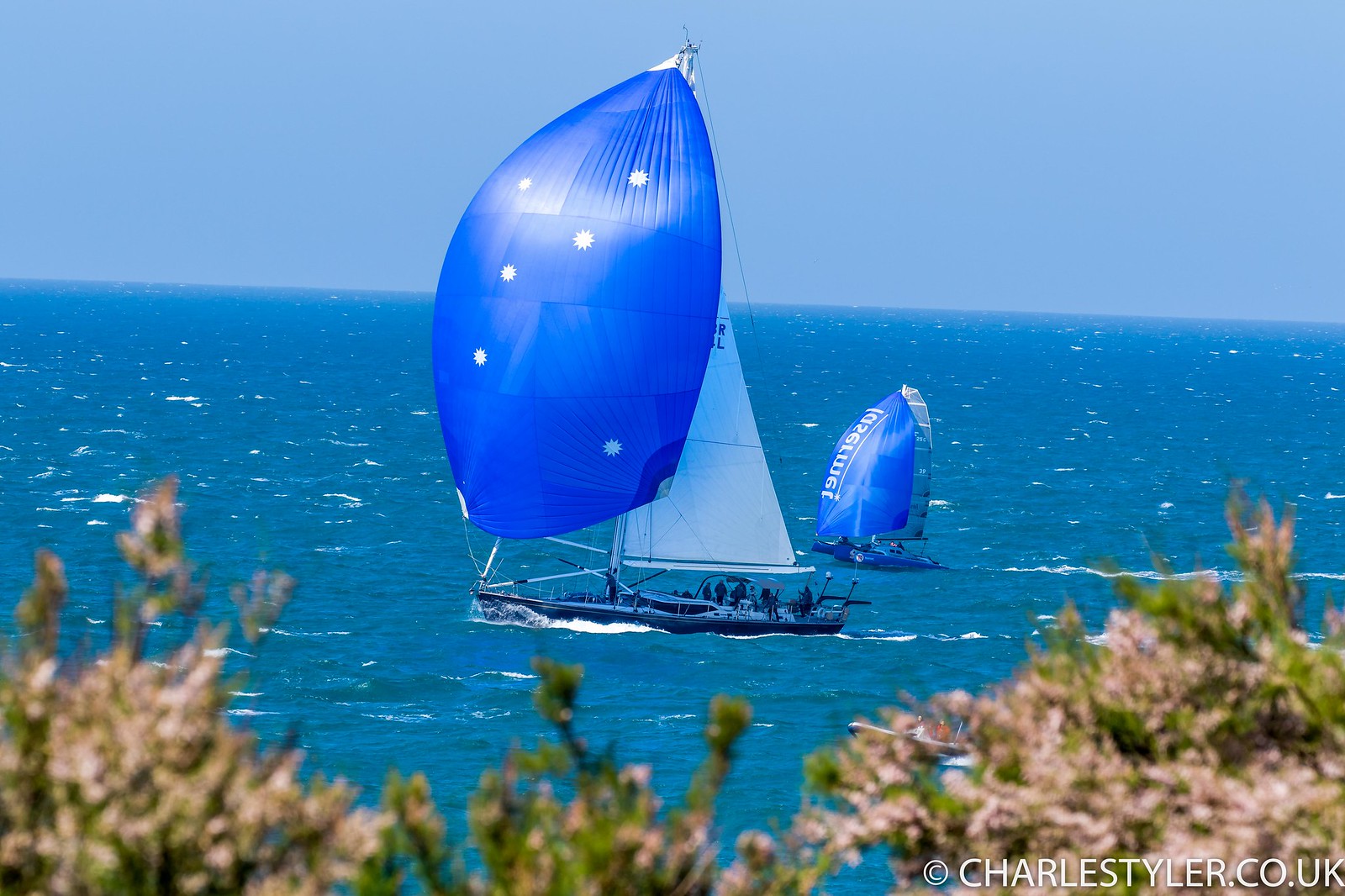 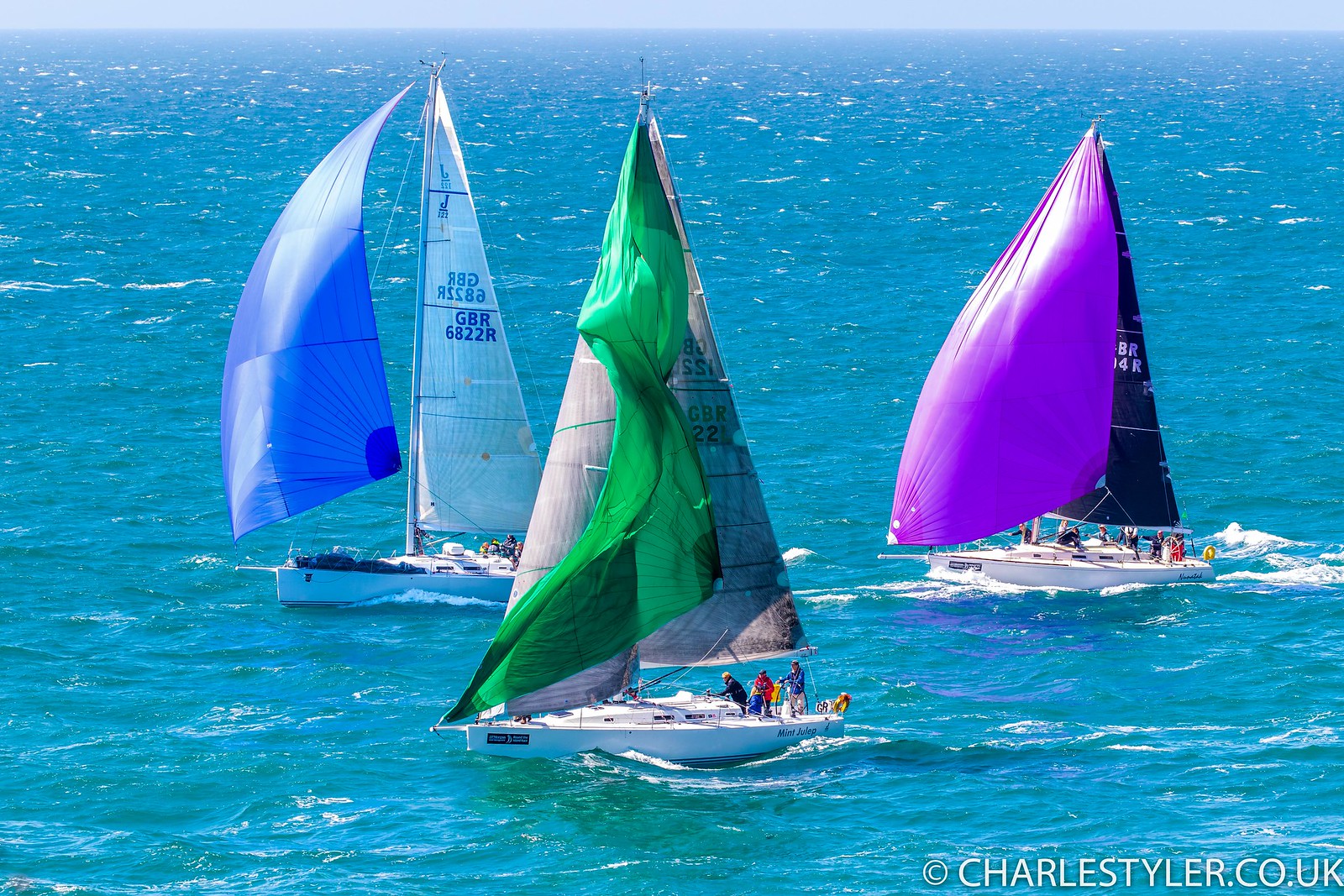 Collapsing, this vantage point makes it seem as though you are flying in a helicopter above the fleet!

Thank you very much to Malcolm for letting me display these fantastic shots, if you would like any of these photos please let me know and I will put you in touch with Malcolm. More can be found on my Flickr – Round The Island 2015. These were shot on a Canon 7D Mark 2 using a Canon 100 – 400 F4.5 – F5.6 IS II USM. I am hoping to plan more trips with Malcolm after the busy summer period has passed. Hope you enjoyed this update, please comment and share. Thanks!